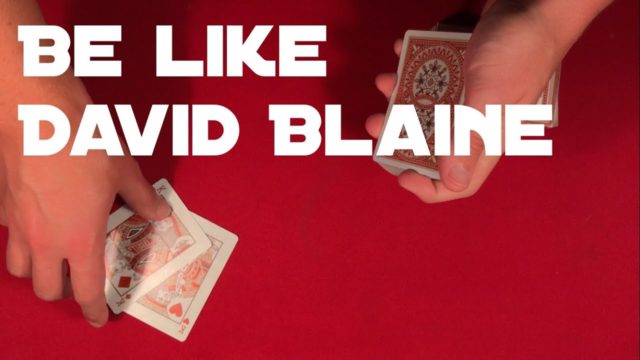 David Blaine is famous for a whole lot of street magic. Where David Blaine’s card trick reveals tips to bystanders. This time, he plays a card trick to the editors in Esquire Magazine.

At the conclusion of the trick, he explains how it is done.This demonstrates that even world class magicians like David Blaine performs easy-to-perform tricks like this one.

The only distinction is that he’s able to communicate and build up the trick. In his own special way to make the effect even more spectacular.

Like most street magic tricks, the art is in the way you communicate the trick to fool their minds rather than the actual trick itself.